Reached down narrow, winding lanes the village of Sheepscombe is sheltered by beautiful Beech wood slopes to either side. The traditional Cotswold stone houses and breath-taking scenery make the area a magnet for walkers, cyclists and tourists alike.  With strolls in the woods and through fields being as long or as leisurely as you like. We offer a suggestion of six circular walks via a leaflet available from the pub or please click here to read more and download a copy. 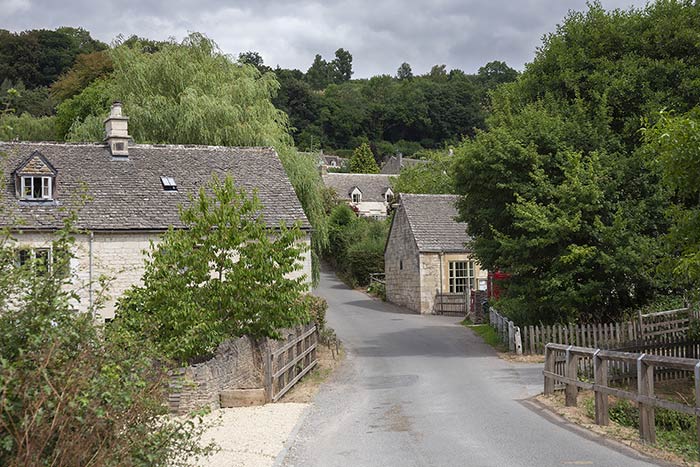 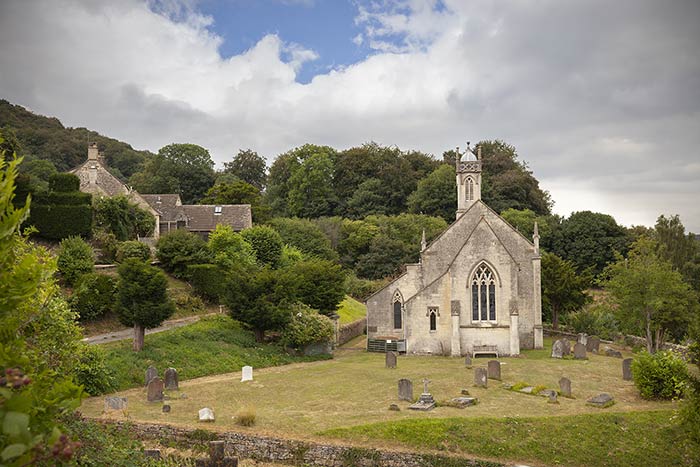 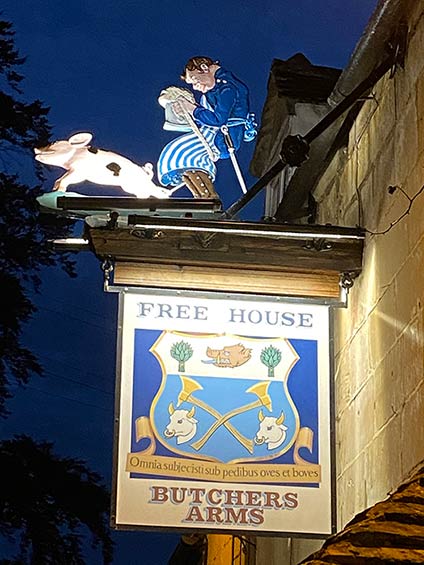 The Sheepscombe Valley was once part of a Royal Deer Park used by King Henry VIII, with the pub dating from around 1670.  Its name comes from the practice in those days, of hanging the carcasses of deer killed on the hunt in what is now the bar area.

The Butchers Arms also has an unusual claim to fame.  Our carved outdoor sign of a butcher sipping a pint of beer with a pig tied to his leg is probably the best known and most photographed pub sign in the country.  “Arfur”, so called due to falling from his perch and breaking in half, was lovingly restored to full health in 2020 by two stoic and talented regulars. We all appreciate their heroic efforts! 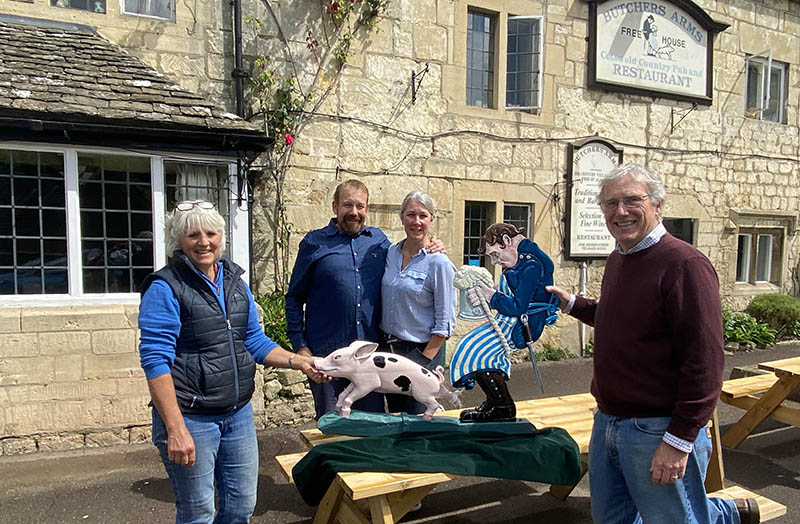 We have put together a selection of six circular walks from The Butchers Arms. Please feel free to call in and ask for a copy of the leaflet at the bar. 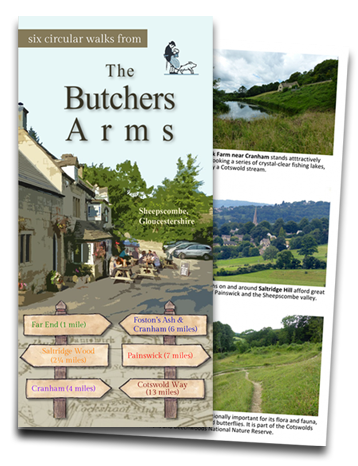 Close proximity to so much

The Butchers Arms is set in an area which has so much to offer.  Local attractions include the Rococo Gardens at Painswick, Stroud and its Farmers Market, Gloucester Cathedral and the Spa Town of Cheltenham to name but a few. A member of the team would be happy to help with any directions required.

To explore the area fully, why not stay a while nearby: 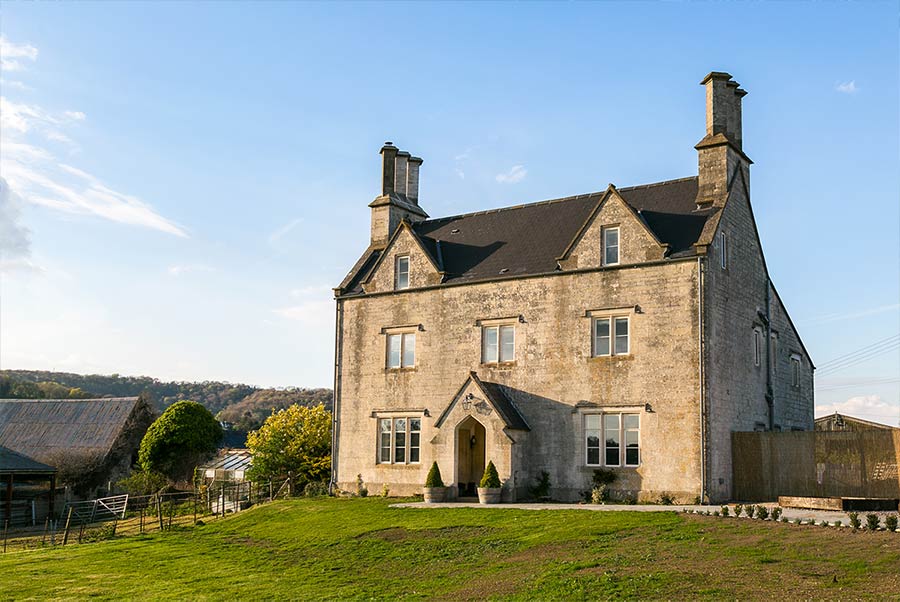 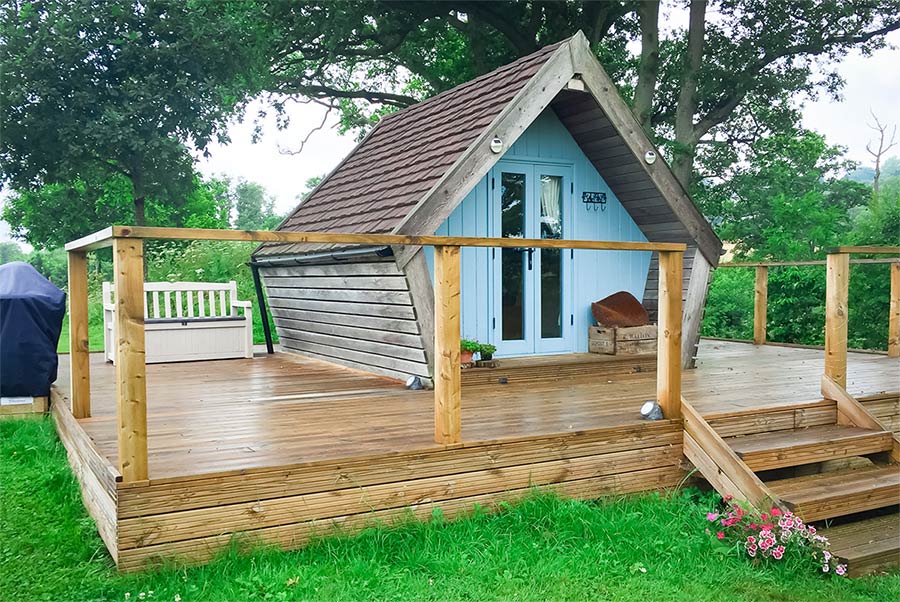 The Pub will Close at 10pm during the week and 8pm on Sunday.

To reserve a table

Please give us a call on: 01452 812113 or email contact@butchers-arms.co.uk and we can discuss your requirements.

When booking via email, please let us know the date, time, number of people, a contact telephone number and also any special requirements, such as the need to accommodate dogs or provision of a highchair.

View our other pubs